Trader Glencore suspected of corruption in the Congo
Skip to content

The Swiss trader, Glencore, faced a number of problems after the US Justice Department sent a request to one of the company’s subsidiaries to provide documents on the company’s compliance with the laws on money laundering and on combating corruption. Shares of the company fell, and Glencore is going to send about $ 1 billion to buy shares to resolve the problems.

This week, Glencore’s daughter received a request from the US Justice Department to provide documents on the company’s compliance with anti-corruption laws abroad and on money laundering. It’s about working in Nigeria, the Republic of Congo and Venezuela. The company said that they will provide the information in the established order, but for now the request is being examined.

After the release of information on the request of the US Justice Department, the company lost about $ 5 billion due to the fall in shares, notes Bloomberg. 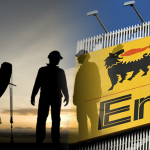 You may also like Eni denies charges of corruption in Congo Republic, cooperates with probe

According to the publication, in May in the UK there were suspicions about possible corrupt transactions Glencore in the Congo with the assistance of Israeli businessman billionaire Dan Gertler. He is supposedly very friendly with the head of the Congo, Joseph Kabila.

In 2007, Gertler and Glencore invested together in the Congolese mines, after which they for many years developed a close partnership in the development of copper and cobalt mines in the province of Katanga. In 2012, the then chief executive of Glencore, Ivan Glasenberg, said that Gertler’s involvement helped attract foreign investment in the Congo. We note that Glencore is a shareholder of Rosneft, Glencore owns 0.57% of the shares.

The Swiss company itself is engaged in trading, and is also one of the world’s leading suppliers of primary commodities, whose activities include about 150 enterprises, including mining and metallurgy. Glencore employs about 146 thousand people, including contractors. 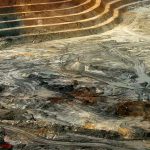