In Belgium, a major investigation into fraud in football
Skip to content

The highest football League of Belgium was in the center of a corruption scandal. Police are investigating corruption, organised crime and match-fixing.

According to the Federal Prosecutor’s office, the Belgian police conducted 44 searches in the offices of nine football clubs, as well as in many homes in Belgium and throughout Europe. Among the clubs – the country’s largest team, RSC Anderlecht, Champions 2017-18, club Bruges and other big names, Washington Post reports. 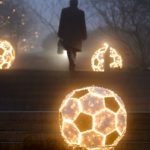 Among the detainees are some of the most influential agents in the country, Mogi Bayat, Dejan Veljkovic and Karim, Beatty. In addition, under arrest, was the main coach of “Bruges” Ivan Leko, who is associated with Veljkovica, Herman van Holsbeck (ex-sporting Director, “Anderlecht”), and two referee – Sebastien Delferiere and Bart Vertenten.

Five suspects were charged in the case: four with “criminal organization” and corruption, and five with money – laundering.

The authorities believe that one of the agents under investigation, his name was not specified in the court documents, colluded with the judge to fix the results of two games at the end of last season in an attempt to keep one club, K. V. Mechelen, from being eliminated from the country’s top League to the lower division. In exchange for favorable results, the agent allegedly helped the referee get an important discount on the purchase of the car. Two more are suspected of creating schemes to illegally increase their own profits.

According to the Prosecutor’s office, the investigation has been conducted since the end of last year.

The Royal football Association of Belgium, the governing body of the country’s football, said that the organization agreed that the Prosecutor’s office should investigate the case.

One of Belgium’s biggest stars, Vincent company, said he was not surprised by such statements: “If you’re talking about the football sector, you can’t be surprised,” said a football player who plays at Manchester city in the Premier League of England, during an interview on Belgian television.