In the Dominican Republic, thousands of people protest against corruption
Skip to content

Thousands of people were walking in Santo Domingo on the streets demanding to stop the “regime of corruption and impunity” in the Dominican Republic and bring to justice all officials involved in the scandal with the Brazilian construction company Odebrecht.

The protest was organized by the Green March movement, which appeared shortly after the us Department of justice reported in December 2016 that Odebrecht spent $788 million on bribes in 12 countries of Latin America and Africa from 2001 to 2016. The Brazilian company admitted that a total of $92 million was paid to Dominican officials to obtain contracts for the construction of infrastructure, the Nation reports. 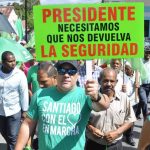 One of the demands of the demonstrators was that the responsible persons who managed and used the contracts between the state and the company “be properly convicted, starting with the President of the country Danilo Medina“.

Initially, as part of the investigation of the scandal with Odebrecht in the Dominican Republic, charges were brought against 14 politicians and entrepreneurs. To date, however, seven of them had been cleared of the charges, which had caused discontent in society.

Last week, a preliminary hearing against the seven accused who received bribes from Odebrecht started, but court sessions were postponed until August 21, so that the prosecution would pass on the evidence that was collected against the defendants.

Green March accused President Medina, his predecessor, Leonel Fernandez, and the entire Dominican liberation party (DPO). that they are the “chief architects and responsible for the regime of plundering of state resources”.

Medina and Fernandez, the heads of the DPO, “are anti – democratic in controlling judicial institutions, courts and important media in the country to prevent justice in the Odebrecht case and in other similar cases,” the organization said. The March was supported by various public organizations and political parties, including the party of the modern revolutionary, the main opposition party. 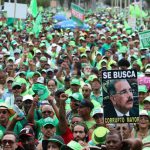 This is the second action of this scale, organized by the “Green March” , the first took place 17 months ago, January 22, 2017. Then tens of thousands of Dominicans demanded to bring to justice those responsible for the scandal with the construction company Odebrecht SA and government officials during the reign of Hipolito Mejia (2001-2004) and Leonel Fernandez (2004-2012). 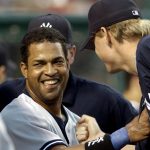 You may also like Raul Mondesi, former Yankees outfielder, sentenced to eight years in prison for corruption while mayor of San Cristobal

Defendants are the former head of the Senate Andres Bautista and jesús vázquez, both from the DPO; the businessman ángel Rondon, accused of bribery, Senator Tommy Galan of the LDP, his party colleague and former Minister of public works Victor Diaz Rua; lawyer Conrado, the Pittaluga, the alleged leader of the former Governor and former Senator Roberto Rodriguez (DPO).