Ericsson, one of the world leaders in the development and production of telecommunications equipment for mobile and fixed networks, fired 50 people due to a corruption investigation in the United States.

Earlier, the Swedish company said that it initially received questions from the us authorities in March 2013, and that it cooperates with the us securities and exchange Commission and the us Department of justice.

“What I’m trying to say is that we have taken quite a lot of action and carried out quite a lot of activities,” Ericsson CEO Borje Ekholm said at a press conference after the group reported results that were expected to be stronger than expected in the third quarter. It is reported by Reuters. 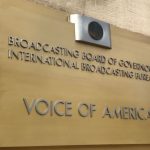 You may also like Corruption in the editorial office of “voice of America”: fired 15 employees for bribes from officials from West Africa

50 employees have left the company since Ericsson started its own investigation in 2013, a company spokesperson said, but declined to be more precise. Several regions were affected, but the press Secretary refused to give details.

Ericsson has not commented on previous media reports that U.S. authorities are investigating their business practices in Romania and China.

“We believe that addressing these issues is likely to lead to monetary and other measures, the scale of which cannot be estimated at present, but can be substantial,” Ekholm said in a statement.

The results of corruption by the US authorities can lead to high fines for companies under the foreign corruption Act. 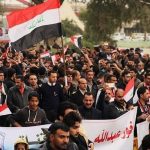