On July 9, the European Union entered into force new rules to combat money laundering, but the block of countries has already faced the need for further reforms, as revealed new shortcomings after the alleged violations in the banks of the Baltic States and Malta.

The new Directive amends Directive 2015/849 and is part of the action plan adopted in 2016 after the wave of terrorist attacks in Europe. The Directive will prevent illegal financing without interfering with the normal functioning of payment systems. 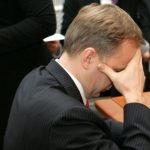 “The new rules meet the need to improve security in Europe by further eliminating the means available to terrorists. They will allow us to destroy criminal networks without compromising fundamental rights and economic freedoms,” said the Minister of Finance of Bulgaria Vladislav Goranov, who is the Chairman of the EU Council this half year.

The main amendments to Directive 2015/849 include increased access to information on beneficial ownership, increased transparency of ownership of companies and trusts; elimination of risks associated with pre-paid Bank cards and virtual currencies; cooperation between financial intelligence agencies; improvement of transaction control involving third countries with a high level of risk. 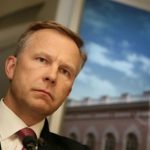 However, according to Reuters, despite the fact that there is progress in the fight against large-scale fraudulent schemes, the new rules will not fully solve the problems that have already emerged in a series of banking scandals in Latvia, Estonia and Malta.

“The European Commission can no longer hesitate in proposing a legislative proposal to create a European body to combat money laundering,” said EU lawmaker Sven Gigold. According to legislators, the legislative decisions require States to establish a centralized banking organization, as national financial intelligence units remain weak and rarely cooperate, making it easier for criminals to eliminate illicit proceeds when they pass them across borders.

The European Parliament has asked the ECB to intensify its anti-money laundering checks in accordance with the current rules before the adoption of new reforms.

The European Commission, which is responsible for the proposal of the EU legislation responded to growing pressure, creating a group of Bank examiners, which is expected to improve the “practical coordination of the supervision over money laundering”.

Possible new ideas are expected by the end of the year, but fresh legislative initiatives are unlikely to be adopted until the new European Parliament begins work after the next spring elections. 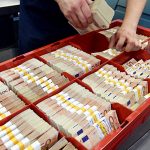