Global Witness  launched the program, which he called an innovative new tool called “Finding the missing millions” to check whether corporate giants, including the operators of the North sea, promises of taxes. 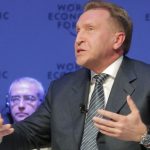 The group stated that payments from companies such as Shell, BP and Glencore amount to hundreds of billions of dollars and are a vital source of government revenue. However, Global Witness added that too often money is taken away by elites instead of benefiting people in resource-rich countries. Now big companies in Europe and Canada have to publish their payments, The Herald reports.

This data can be used to check whether the community is receiving money.

Dominic Eagleton, a senior member of the Global Witness campaign, explained: “Analyzing payments data from mining companies has the right to change the lives of millions of people around the world.

“It is money for investments in hospitals, doctors, medicines, teachers, schools, universities, roads and Railways.

“Finding the missing millions will help people use these new changes in the game to bring governments and the industry to justice for vital public funds.”

The Handbook presents 10 different methods of using data from oil, gas and mining projects to check whether companies are paying the right amount to governments. Each method provides examples of real-world situations to show how this can be done.

In one example deals with payments intended for development projects in the interests of communities affected by mines in South Goa, India. The payments were to be transferred to the mining company Vedanta local district authority.

Previously, the lack of transparency did not allow local residents to know how many of them were associated with the Vedanta mine, and to monitor the money to government accounts. Using the method shown in the Handbook, the group found that Vedanta owed local communities $ 2.1 million.

Added Dominic Eagleton: “the Mystery in the oil and mining industry has allowed corrupt elites to extract hundreds of billions of dollars, while people in resource-rich countries live in poverty.

“Revenue transparency can help put an end to this scandal, but the full benefits will only be realized if people actively use the data. Citizens, campaigners, journalists and others can now take advantage of this important new tool to bring the industry to justice and ultimately ensure that communities enjoy all the benefits of their resources.”