In Honduras, the murder of the regional anti-corruption Agency is being investigated
Skip to content

The investigation revealed that the cause of death of a recently appointed Honduran anti-corruption investigator was not suicide, but murder.

On June 10, the body of Cheryl Yubissa Hernandez, head of the anti-corruption unit of the criminal investigation Agency in Copan of the Republic of Honduras (Honduras), was found in his apartment, with several bullet wounds, TeleSur reports. 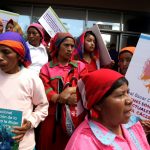 Her colleagues at the criminal investigation Agency prevented the national police, as well as forensic specialists, from entering the scene of the crime on the day of her death. They claimed that the cause of death was suicide.

However, on 16 July, the representative of the General Directorate of forensic medicine (DGMF), Julissa Villanueva, told the press that the forensic evidence showed that Hernandez was killed, and the expert and her team receive threats because of participation in the investigation of the murder.

“The test results show that this is a murder, not a suicide,” Villanueva told reporters. “I’m sorry that there are those who want to discredit the scientific judicial evidence,” the medical expert stressed.

“Obviously, the threats are related to this case,” said the doctor. Villanueva says she is going to leave the country if her life is still at risk. Its current security measures consist in moving in an armored car .

Two weeks before she was killed, Hernandez took over as head of the anti-corruption unit at the criminal investigation Agency. Her family stated that they were very happy with her new job. 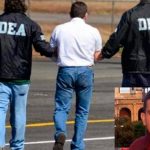 The killings might have succeeded in crushing indigenous opposition to a proposed dam in Honduras if Berta Cáceres had not been one of the victims. Her leadership of a campaign against the construction of the dam, on the Gualcarque River, which is sacred to her Lenca people, garnered a prestigious international award and international attention, and her murder by gunmen two years ago generated intense pressure to find her killers.