In Jordan, the "cigarette scandal" may have a corrupt implication
Skip to content

The inhabitants of Jordan are calling for an extensive investigation after the emergence of rumors that some high ranking politicians involved in multimillion-dollar illegal trade of cigarettes.

After 30 people were arrested by the so-called “cigarette case”, the new Prime Minister, Omar al-Razzaz faced pressure to strengthen the fight against corruption at a high level, and the MPs call to punish officials who could be involved in actions of criminal group, reports “al Jazeera”. 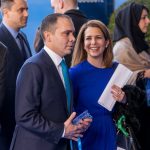 You may also like The Princess, the Private Investigator and Another Inquiry for FIFA

Several tobacco farms in the Jordan valley are said to produce counterfeit cigarettes for domestic sale, with profits of millions of dollars. The authorities found out that behind this illegal production there is a businessman Ani Mote who left the country last week, a day before the police came with searches on production.

According to the newspaper, Ani Mote claimed that the police operation was a “war against him”, and that the production has not worked since last year.

Prime Minister al-Razzaz stated that the case had been referred to the state security Court, which dealt with serious criminal and terrorist cases.

The state Minister for media Affairs, Jumana Gunaimat, noted that the statements about the involvement of officials are inaccurate, and that the prosecution will decide who to blame.

“We take all measures to ensure vigilance and transparency, and let our justice system take its course,” said Ganimat.

The investigation began last year on suspicion of tax evasion. The government of former Prime Minister Hani al-Mulka allegedly knew about the factories and allowed them to continue working. Al-Mulki resigned after large-scale protests in June. 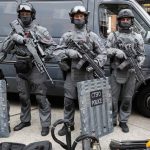 You may also like Britain investigates British American Tobacco for corruption