Against the backdrop of the restoration of us sanctions against Tehran, the authorities announced the arrest of 67 people in the fight against corruption. More than 100 civil servants were also deprived of the opportunity to leave the country.

“Our enemy America has decided to put pressure on people, and he intends to exert pressure on our economy, but it will not help”, – said the representative of the judiciary of Iran, Gholam-Hossein Mohseni Ejei. It is reported by Channelnewsasia.

According to him, the arrested people tried to take advantage of this opportunity and secretly accumulate at themselves essential goods, and also increase pressure on people by speculation and smuggling. 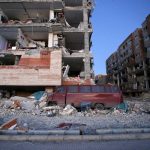 On 11 August, the head of the Islamic Republic of Iran, Ayatollah Ali Khamenei, endorsed the request of the head of the judiciary, Sadeg Larijani, to establish special courts to deal with economic crimes.

“The purpose of the innovation is to punish those convicted of economic crimes promptly and fairly,” Khamenei stressed.

The statement of the judiciary stated that the courts should have the right to interview all suspects, including “official and military” people. Sentences may include the death penalty.

Earlier in Iran, the head of the Central Bank was arrested, and his Deputy, responsible for foreign currency, was dismissed.

In recent weeks, the position of the national currency has fallen: amid the recovery of us sanctions against Tehran
In may, US President Donald trump announced that Washington is refusing to continue participating in the nuclear deal of the six countries with Iran on the nuclear program.

Earlier, the US decided to resume the first block of sanctions against Iran. The US, in particular, imposed sanctions on the purchase by the Iranian authorities of US banknotes, sanctions against Iran on trade in gold and other precious metals, as well as graphite, aluminum, steel, coal and software used in industry. Also under the sanctions are transactions related to the Iranian Rial, Iranian national debt and the automotive sector of Iran.

The Central Bank of Iran and the judiciary have accused the “enemies” in the fall of the currency. Last month, 29 people were detained for “destroying” the country’s economy and its “monetary and monetary systems.” 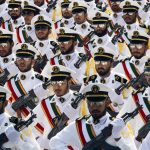 You may also like Iranian Revolutionary Guards Corruption Empire