The Spanish civil guard reported the neutralization of the criminal group in Tenerife, which for several years washed 18 million euros received from illegal activities in Russia, smuggling and corruption.

During the operation, dubbed Dromedario, six people of different nationalities were arrested, including the alleged leader of the organization, Russian politician and businessman, former Deputy of the legislative Assembly of Primorsky Krai Vladimir Hops. 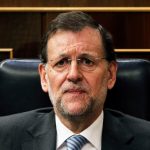 He settled in the South of Tenerife in 2001, and left Russia in 2006, as he was suspected of involvement in corruption and smuggling through customs according to the Spanish edition “Cope”. In particular, Hops was a defendant in a high-profile case of smuggling of Chinese consumer goods and meat through the port of Vostochny in the Moscow region, but at the time of the investigation was already abroad.
Detainees are charged with crimes related to participation in a criminal group and money-laundering, as well as with crimes against the state Treasury. According to investigators, in Spain, criminals laundered 14 million euros, and another 4 million euros – in France.

According to the Ministry of the interior, the head of the organization and his lawyer established a network of shell companies, and the Director of the Bank’s office in Aron (Tenerife, Canary Islands), facilitated and performed all financial operations of Hops.

During the searches, more than 100,000 euros were seized in cash, computer equipment, mobile phones, documentation and six vehicles. 16 real estate objects worth 4 million euros were seized, as well as Bank accounts, the total value of which is estimated, but exceeds 500 thousand euros.

The civil guard points out that Hops was found to have created an entire corporate network consisting of 10 shell firms. He used their accounts for funds from companies registered in offshore zones, particularly in Panama and the virgin Islands. The money was invested in the purchase of movable and immovable property, houses in Tenerife and Barcelona, yachts and high-end cars, as well as to cover the costs.

Part of the funds transferred to Spain from the tax “harbors”, in turn, was sent to France, where through another similar network it was invested in real estate, some of which is located in the center of Paris.

The operation, which began in 2015, was developed in conjunction with the head of the information Of the civil guard and the information group of the Tenerife command. The work also involved Europol, and the actions in France were carried out by the Central office on financial crime Central Directorate of the judicial police in France. 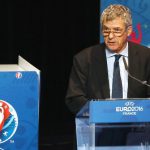