In Kenya, a large-scale anti-corruption campaign has been announced: about a thousand employees of public organizations engaged in procurement and accounting must be audited. They are suspended and must provide income and assets data to be reinstated.

According to a statement signed by a representative of the Ministry of the interior Mwenda Nyoka, officials are required to provide personal information, including their assets, liabilities and previous service report, Washingtonpost reports. 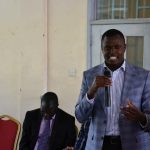 Such decisive action followed the President’s Declaration to launch a campaign to clean up the administration of corruption, which will include lie-detector tests, as well as the initiation of criminal cases.

Before the head of the structure leaves his post, he must transfer his powers to the Deputy. Suspended employees must submit their personal information to the office of the head of the civil service before 8 June. Earlier, the President gave 30 days to complete inspections of major officials before the new financial year starts in July.

We will remind, at the end of may, a whole group of government officials was arrested, who were accused of stealing $ 100 million. Among the suspects is also the Director of the National youth service of social and educational programs (NYS — the National Youth Service), as well as a major official of the Ministry of public, youth and gender policy Lilian Mbogo-Omollo.

On the eve of the Deputy Kihar Ndindi Nyoro proposed to the speaker of the Parliament of Kenya Justin Muturi to amend the Law on combating corruption and economic crimes. According to the Deputy, it is necessary to introduce a life sentence, a sentence similar to the punishment of persons convicted of crimes such as murder, manslaughter and robbery with violence. 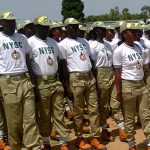