The person involved in the largest corruption scandal in China, convicted of stealing $ 485 million from his employer, returned home from the United States.

As part of a large-scale operation “Sky Net”, which is carried out by Chinese law enforcement officers, was detained Xu Chaofan, former President of the branch Kaipin of the Bank of China, hiding from justice in the United States since 2001, according to Reuters.

You may also like China: disclosed data of 50 corrupt officials, hiding in other countries

According to the U.S. Department of justice, Chaofan was arrested in 2003. He was found guilty of racketeering, money laundering, international transportation of stolen property, and charges of forgery of passport and visa.

A court in China found that with the help of another former Bank Manager Xu Guojun and their two wives, Chaofan sent the money he had stolen from the Bank to bogus companies in Hong Kong, as well as to several personal accounts, after which the money was laundered through Canada and the US. The court found that a significant amount of money was spent in a casino in Las Vegas, where bets were made in the amount of 20 thousand to 80 thousand dollars. Four crooks then immigrated to the United States from China on forged documents.

The conviction was handed down in 2009: Chaofan was sentenced to 25 years.

It took 10 years for criminal activity to be discovered, because the Bank of China branch managers had the right to single-handedly approve loans and transfers of assets. Due to a change in accounting procedures, Chaofan fraud was discovered in 2001 when auditors noticed discrepancies in the Bank’s books and traced it to a branch in Caipin.

Operation “Sky Net” is a key component of an anti-corruption platform, President of China, XI Tszinpina, and over the past few years she has had a significant impact.

From March 2015, more than four thousand people, including 800 government officials, suspected of economic crimes from more than 90 countries and regions, have been returned to China for trial. According to the state Council of the people’s Republic of China, the Chinese police also confiscated about 10 billion Yuan ($1.6 billion). However, according to Reuters, China is experiencing particular difficulties in cooperation with the United States . 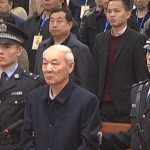 You may also like Chinese mayor handed death penalty for corruption