In Moldova revealed a multi-million fraud
Skip to content

12 employees of the state institution of the state enterprise “Bus and bus Stations” of Moldova are detained on suspicion of the organization of criminal schemes on illegal Fund raising from transport operators and drivers who work on national and long-distance routes.

Law enforcement officers arrested four administrators of the regional branches (in Balti, Edinet, Orhei and Causeni), two heads of the territorial branch of the Center (Chisinau), two controllers and the same managers, as well as one cashier. In addition, another 11 people were taken to the national CENTER for questioning. They are also presented with the status of suspects, Sputnik Moldova reports. 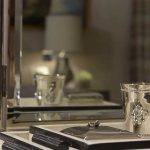 The investigation found that the drivers who drove to the territory of the bus stations, daily transferred a fixed amount to the cashiers, who, in turn, transferred funds further down the hierarchy. Each month, the sum of 1.5 million lei was” running”. For this money, drivers avoided inspections, as most transport units worked with numerous violations, including violations of the schedule, the lack of evidence of purchase of tickets and much more. In order not to fall under the checks and sanctions, transport operators obliged drivers to pay illegal fees for each unit.

It was also revealed that in the period from 2010 to 2016, several employees of the state enterprise “Bus and bus Stations“, through a private transport company have made false data on the sale of non-existent tickets in the database of the enterprise. Subsequently, the funds were transferred to the Bank account of the private enterprise in the total amount of 4.5 million lei.

As specified In the national anti-corruption center (NAC) of Moldova, numerous searches were conducted throughout the country. Several criminal cases have been opened on the fact of passive and active corruption, as well as abuse of official position.

The investigation also revealed another fraudulent scheme: in one of the offices, employees took money from citizens for Luggage storage, but did not spend these amounts through accounting documents. These funds were appropriated by the employees of the enterprise. Thus, the company was damaged. 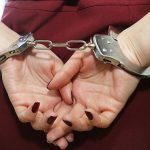