In New York, the first of three trials in connection with the corruption scandal in the National Association of student sports (NCAA) starts. The court will talk about two schemes: new students-basketball players and their families allegedly received bribes in exchange for obligations to specific universities. Another scheme was that players were given special advisers who were allegedly paid to persuade athletes to sign contracts with certain managers, agents and financial advisers.

The first of three lawsuits alleging bribery and corruption in College recruitment circles will begin in new York city nearly a year after the FBI and the Department of justice announced a joint investigation that ultimately led to the dismissal of Louisville cardinals team head coach Rico Pitino.

The trial focuses on James Gatto, Director of Adidas global sports marketing, and consultant Merle Code, who are accused of taking bribes from families of basketball newcomers. Christian Dawkins, an employee of the sports Agency, and financial Advisor Munish Court accused of intermediation in transactions with the purpose of promises of future business when beginners eventually become professionals, Daily Mail reports.

According to prosecutors, gattos and RCD colluded with Dawkins, the Court, and brad Augustine, who ran the Adidas-sponsored AAU program. The hope, according to the complaint, was that the five-star recruit would visit Louisville, be hired by Sood, and eventually agree to a deal with Adidas when he became a professional. The scandal was involved easy forward Brian Bowen: allegedly his family received 100 thousand dollars from Adidas for agreeing to join Louisville. Bowen was suspended by the school, and also by the rules could not play NCAA in the season 2018/19. After the transfer to South Carolina, he now plays for the Sydney kings of Australia. And since the alleged payments were illegal, they were allegedly laundered using fake purchase orders, invoices and related documents to make them look legitimate. Bowen is not charged with any crime. 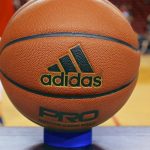 You may also like Corruption Probe Into College Basketball Threatens to Set Back Adidas’s U.S. Overhaul

Previously, the head coach of the Louisville cardinals team, Rico Pitino, lost his job amid years of multi-disciplinary investigation into the alleged payment of hundreds of thousands of dollars in bribes and kickbacks aimed at influencing newcomers. He denied any wrongdoing. Although no charges were brought against Pitino and his assistant coaches, the Cardinals team was involved in an alleged conspiracy to pay the family of Brazilian Bowen $ 100,000, which led to the dismissal of Pitino and sports Director Tom Yurich.

In response to a Federal investigation, the NCAA set up its own College basketball Committee, led by former Secretary of state Condoleezza rice, and aimed to end recruitment corruption. Since then, the NCAA has announced several major rule changes, the most significant of which allows College players to have a relationship with agents. However, only players identified as an elite us Basketball prospect starting July 1 through their senior year will be eligible for this. NCAA President mark Emmert has consistently refused to consider providing compensation to players either by schools or by sponsors.

In March, the NCAA reported that its revenue in 2017 exceeded $ 1 billion.