In Peru held mass protests against corruption
Skip to content

Peruvian citizens took to mass protests against corruption in the judiciary. Peruvians demand anti-corruption reforms for “cleaning” among officials against resignation of the head of the Ministry of justice.

Thousands of people went to the historic district of the capital of Peru Lima, chanting: “Stop corruption! A national disgrace!»

“It’s not just to dismiss the guilty judges. We need changes, reform of the entire judicial and political system, ” said Jorge Rodriguez, a 31 – year-old University student. 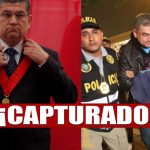 Last week, President Martin Vizcarra fired the Minister of justice of El Salvador Heresy after audio recordings were made public, which revealed that the Minister was negotiating the transfer of money to a judge under investigation for trading influence.

The audio recordings also include talks with other members of the National Council of judges (CNM) on the appointment of judges and prosecutors and bribes for court decisions in favour of the accused.

In total, several judges were under suspicion. Arrested while only chief justice of the Supreme court of the province of Callao Walter Rios. The records could be heard as he asks to give him a sum of money to ensure the appointment of judges. On one of the recordings, judge Caesar Hinostroza’s voice is heard, who, while discussing the criminal case of rape of a child, asks how much the accused offers to close the case. The same judge allegedly helped get someone a job in exchange for free tickets to the 2018 FIFA World Cup. In a separate audio is a discussion of the trips and mentioned the President of the football Federation of Peru, Edwin Oviedo. Hinostroza was fired on 13 July and was banned from leaving the country pending an investigation into these records. He claims he’s innocent.

Duberly Rodriguez, who was not charged, left his post of head of the Supreme court and the President of the judiciary “because of the institutional crisis facing the judiciary.”

Earlier Vizcarra promised to begin a major reform of the justice system of Peru and called Congress in extraordinary legislative session on Friday to oust all the members of the National Council of magistrates, the group of 7 people, which elects and oversees judges and prosecutors.

Recall, former presidents of Peru Alejandro Toledo, Pedro Pablo kucinski and Alan Garcia were under suspicion: they are accused of receiving bribes from representatives of the Brazilian construction consortium Odebrecht.

In Peru, a criminal case has been initiated against the receipt of bribes from the Odebrecht company. According to the investigation, former presidents Pedro Pablo kucinski, Alan Garcia and Alejandro Toledo accepted a contribution from the company in exchange for receiving state contracts.