In Romania, the senators decided to exclude officials from the law on money laundering
Skip to content

In Romania, there are battles with the adoption of the bill on combating money laundering: on July 19, 2018, the European Commission decided to sue Romania in the European court of justice (CJEU), because it did not introduce into Romanian legislation the European Directive 2015 on the prevention and combating of money laundering and financing of terrorism. The senators not only did not adopt the Directive, but decided to look at the bill in their own way and make a number of new proposals that contradict the current legislation, as well as the norms of European law.

Parliamentarians, Ministers, the President, heads of prosecutors ‘ offices or courts, as well as many other high-ranking officials, known as “politically exposed persons”, will be exempt from the law, according to which transactions and business relations of “servants of the people” will be more closely monitored. This amendment to the current legislation was introduced by senators who discussed the project on prevention and combating money laundering and financing of terrorism, reports adevarul.

You may also like Romania: the dismissed main fighter against corruption found a new job to fight corruption

According to the article, which the legislators did not like, politically exposed persons are individuals who carry out or perform important state functions. These include heads of state, heads of government, Ministers and Deputy Ministers or secretaries of state; members of Parliament, members of the governing bodies of political parties, members of the Supreme courts, constitutional courts or other high-level courts whose decisions may be appealed exclusively by extraordinary remedies, members of the governing bodies of the Central Bank councils and other categories of high-ranking officials. 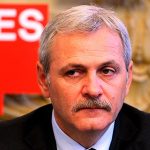 By adopting such legislation, Romania risks running into fines, as all EU member States had to postpone the fourth Directive on combating money laundering until June 26, 2017. But this time Romania did not even apply it, and meanwhile in July of this year the European Commission began proceedings against the country. In August, the Romanian government demanded a deferral from the EU until October 2018, sending a letter to senior Commission officials. Meanwhile, on 30 may 2018, the European Commission adopted a fifth Directive in this regard.