The loud corruption scandal in Saudi Arabia continues: 8 months after the start of the investigation, one of the “senior” princes and dozens of businessmen and former officials are still in custody. In addition, new arrests were made.

In November 2017, during the “anti-corruption cleansing” initiated by Prince Muhammad ibn Salman, successor to the throne, 11 princes and 4 ministers from the current government of the country were detained on different charges. Charges for detainees included money laundering, bribery and extortion by officials.

Government officials and persons close to the detainees stated that many of the prisoners were held without charge, with limited contact with the outside world or with complete lack of contact with family members and lawyers, according to The Wall Street Journal.

Among the prisoners are a senior member of the royal family, Prince Turki bin Abdullah, the son of the previous monarch, King Abdullah. Recently, three billionaires from the Mahfouz family, a prominent Saudi banking group, were also detained for unknown reasons, officials said.

Although a representative of the Government of Saudi Arabia did not respond to requests for commentary, the Deputy Attorney General of the Kingdom Sheikh Saud al-Mujab noted that some detainees were charged with going beyond corruption, such as national security and terrorism.

Strict measures that were taken in accordance with the royal decree in November 2017, were a response to “the actions of individuals who placed their interests above public interest in order to illegally receive money.” 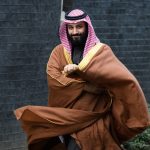