Pope Francis launched an investigation into the alleged financial irregularities associated with the 550-year-old choir of the Sistine chapel. According to Italian media, the two Directors of the choir are accused of using funds from concerts for personal purposes.

The Holy See issued a statement in which it confirmed that the Pope authorized an investigation several months ago “on some economic and financial aspects” of the choir, according to Telegraph. 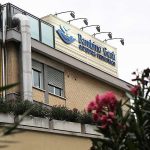 He did not give any details about the alleged misuse of funds, but said that the request of the Vatican magistrates continues.

The choir, consisting of young men and adult men, was founded in 1471 and is considered the oldest in the world. It consists of 20 adults – six first tenors, five second tenors, four first basses and five second basses – and about 30 boys soprano and contraltos. Choristers sing in all papal masses, and also travel around the world, speaking at concerts.

L Stampa, the Italian newspaper that revealed this information, said that the choir Director and the head of administration transfer concert revenues to a private Bank account and use the money to pay personal expenses. The chief of staff is a layman and the Director is a Salesian priest.

In 2015, the choir released a CD via Deutsche Grammophon, the first record ever released in the Sistine chapel.

In may, the choir performed at the Grand opening of an exhibition at the Metropolitan Museum of art in new York called “Celestial bodies: fashion and Catholic imagination”, a celebration of fashion’s involvement in a world with the faithful traditions of the Catholic Church.

Known for his frescoes of Michelangelo, the Sistine chapel was built between 1473 and 1481 for Pope Sixtus IV. It also boasts frescoes by Renaissance masters Botticelli, Perugino and Pinturicchio. When popes die or retire, as in the rare case of Benedict XVI, the chapel is closed to the outside world and becomes a place for the Conclave, the secret election of a new Pontiff. 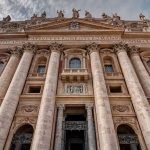 The report was commissioned by the Church in Germany and was due to be published later this month, but was missed by the German media.

Most of the victims were boys, and more than half were 13 years of age or younger. The Catholic Church said it was “alarmed and ashamed” of the results.