In Venezuela, the top Manager of "daughter" Pdvsa Gas accused of corruption for $ 100 million
Skip to content

According to him, in the period between 2007-2015, damage was caused to 100 million dollars with the active participation of the General Manager of Pdvsa Gas Colombia, Sarah Moya, who during this period managed freely the amount of 221 million dollars, including 112.9 million dollars under the agreement on fuel supplies between PDVSA and Ecopetrol, Panorama reports. 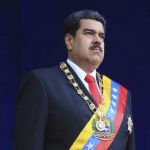 The money went to buy 239 tickets for Moya, including flights to Paris and Bogota. According to the attorney General, Moya unilaterally using a fake act appointed an external auditor Pdvsa Gas Colombia, which violates internal rules. “Jose Marquez received 212 thousand dollars, in addition, he was directly awarded projects in the amount of 591 thousand 540 dollars. Experts said that the money from Pdvsa Gas Colombia went to Rio de Janeiro (Brazil) in 2014 during the solemn carnival”, – said the Prosecutor General.

He stressed that Moya caused the company a loss of 3 million 381 thousand dollars, directly awarding six contracts to Ingeniería y Servicios Ambientales for reforestation activities and other goals that have not been met. He also said that Moya made donations without justification for more than 288 thousand dollars. According to the Prosecutor General, Moya paid 1 million 297 thousand dollars without reason to pay for the professional services of two lawyers, and before leaving the office, she gave them an advance of 131 thousand 200 dollars. Saab said that over the past three years of its management, the industry has received operating losses in the amount of more than 61 million dollars.

In this case, five arrest warrants were issued, including against Sarah Moya and josé Alberto Marquez; former President and former Director of Pdvsa Gas Anton Bastardo and Daniel Chirinos respectively; and former financial Manager of the Company Luis Rangel.

The Prosecutor indicated that these persons would be charged with corruption, official conspiracy with the contractor, influence on trade, evasion of tendering procedures, fraudulent use of funds, misappropriation and Association in a criminal group to commit a crime.

It should be noted that the situation in the oil and gas industry of Venezuela is difficult due to the shortage of goods, galloping inflation and falling government revenues due to lower oil prices. Oil production in the country has reached a minimum level against the background of the crisis.