The Lithuanian authorities said that the widow of the former President is accused of tax evasion, because the company, which is managed by her son, and whose co-owner is the former first lady of the country, allegedly did not pay about 40 thousand euros of income tax on real estate trading in Florida.

The investigation against Christina Brazauskiene, the widow of former Lithuanian President Algirdas Brazauskas, and her son from his first marriage, Ernestas Butrimiene, was launched after Lithuanian media last year exposed that, despite the mother’s denial, the company has two real estate properties in Florida, one of which was not reported to the tax authorities, according to OCCRP.

To the question about it, Christina Brazauskiene told reporters that they never heard of any of those objects. But after the article was published, investigators launched an investigation and found out that the company is registered mansion near Fort Lauderdale. The owners of the company are mother and son, but this building was not mentioned in the company’s documents. Son Brazauskiene also owned a luxurious condo North Miami beach. Investigators wanted to know where they got the money to buy this property. 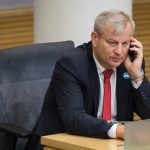 You may also like Lithuania: Controversial MP Resigns on the Eve of Protest

In cooperation with the American law enforcement authorities of the Lithuanian Financial Crime Investigation Service  found out that both objects were sold and the company received profit in the amount of 200 thousand euros, but never paid any taxes.

Brazauskiene – widow Algirdas Brazauskas, the first President of Lithuania, elected at the first election after the restoration of independence of the country after the fall of the Soviet Union. She married Brazauskas after the end of the presidential term. So, officially, she can’t be seen as a former first lady. Brazauskiene many years fighting for the privileges of the first lady, but now she has a new set of challenges, and much more serious.

In Lithuania, tax evasion is a crime. Criminals can receive a fine or up to six years in prison. 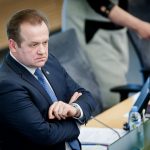 You may also like Lithuanian Lawmaker Faces Impeachment after OCCRP Probe