The Supreme court of Spain agreed to extradite Venezuela Claudia Patricia Diaz Guillen-a former nurse of the last socialist leader Hugo Chavez. In her home country, a woman is suspected of money laundering and illicit enrichment.

Claudia Diaz was Chavez’s nurse when he was being treated for cancer. The former head of state died in 2013, and Claudia’s husband served as one of his assistants, according to Sta Broek News.

From 2011 to 2013, Diaz also served as Executive Secretary of the Fonden Foundation, a public investment Fund that received more than $ 100 billion in government revenue, but reporting. on what money was spent, it wasn’t received. 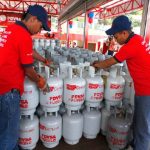 The court said in a statement that Diaz is suspected of using Panamanian law firm Mossack Fonseca to set up companies through which it acquired illegal assets in Venezuela and abroad.

The names of Diaz and her husband surfaced in” Panama papers “ – millions of documents from Mossak Fonseca, which were published in the media in April 2016, which show how rich and powerful offshore corporations evade taxes.

When Diaz was detained in Spain in April, Venezuelan chief Prosecutor Tarek Saab tweeted that his office had asked her to be arrested because of her appearance in the Panama papers. In a written statement, Saab noted that the Prosecutor’s office launched an investigation into Diaz and her husband in April 2016, and that they are accused of money laundering and embezzlement.

Investigators carried out a number of searches and defined that their wealth was more, than they could receive, simply receiving salaries for the work as public officials, – it is told in the message of the state office of public Prosecutor.

According to the Supreme court, Diaz claims that the case is politically motivated because of her negative attitude towards the current Venezuelan government. The court rejected this explanation, stating that there was no indication that the case was motivated by her political ideas.

The decision of the court, which may be appealed, must be ratified by the Spanish government.

It is not clear whether the funds of the Fund were involved in the alleged money-laundering.

Earlier, a Reuters study showed that hundreds of millions of dollars went through Fonden to state-owned factories that were never built and never produced anything. Human rights groups and Venezuela’s opposition accuse President Nicolas Maduro of holding hundreds of critics of his administration in harsh conditions to quell dissent. The Maduro government denies the presence of political prisoners.