Vietnam: ex-soldier sentenced to 12 years in prison for abuse
Skip to content

A Vietnamese military court sentenced a former senior military official to 12 years in prison. The ex-soldier was convicted of using his status in the conclusion of large state contracts.

Former Colonel DIN Ngok He, known for his nickname “Little Baldy”, was found guilty of abuse of power in the performance of official duties and the use of false documents, reports Reuters. 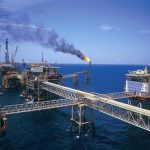 The court decided that the case is very serious, as the actions of the criminal seriously affected the prestige of the army and police.

According to the indictment, Dean Ngoc abused his position as Chairman of Thai Son joint stock company and his status in the military Department to sign contracts in key national projects.

He also abused his position to obtain military license plates for his company’s cars, in addition, he faked the results of University exams in the Communist party to increase his salary.

Earlier, the Hanoi court sentenced fugitive Vietnamese tycoon Fang Wang an Wu, who told his foreign lawyers that he is a senior officer of the secret police of Vietnam, to nine years in prison for deliberate disclosure of state secrets.

These two cases are not related to each other, but for these cases in Vietnam, the public watched particularly closely due to the fact that both accused are closely associated with several senior government officials, some of whom have since been arrested.

In April, police arrested a former senior police officer and former head of the Central city of da Nang.

In October 2017, Nguyen Xuan an, one of the functionaries of the Communist party of Vietnam, was dismissed from her position of city party Secretary. The party inspection Committee said that an had violated party rules by using a car and two houses owned by private companies. 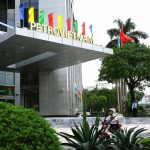