The world’s largest retailer from the US, Walmart, agreed to pay $ 160 million for the proposed settlement with the Pontiac pension scheme (PGERS) in a securities fraud lawsuit involving a lengthy investigation into violations of the foreign corrupt practices Act.

In 2012, PGERS filed a class violation lawsuit alleging that Walmart made false and misleading statements and failed to disclose material facts known to it that would make statements made by them not misleading. The charges stem from statements received by the defendants in form 10-Q filed with the securities and exchange Commission in December 2011. It is reported by Compliance Week. 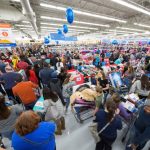 In particular, PGERS claimed that Walmart omitted and / or provided misleading information about the alleged bribery scheme that was organized by Walmart de Mexico, a subsidiary of Walmart. PGERS further alleges that the statements contained in the 10-Q Form artificially inflated the price of Walmart shares.

Walmart said in a statement on October 8 in an 8-K form with the SEC that it offered a proposed $ 160 million solution with PGERS, subject to the approval of the honourable Susan Hickey of the U.S. district court for the Western district of Arkansas. The settlement Fund will pay for claims relating to violations of sections 10 (b) and 20 (a) of the securities Act of 1934, as well as for the administration of settlements and legal costs and expenses. PGERS is a class of shareholders that acquired or acquired Walmart shares between December 8, 2011 and April 20, 2012.

“The proposed settlement does not include or constitute the admission, concession or discovery of any fault, liability or wrongdoing on the part of the company or any defendant,” Walmart said in the securities filing.

“We are pleased that both sides can reach a decision that completes this trial,” said Karen Roberts, Executive Vice President and General Council of Walmart. “A few years ago , we started making investments that created a leading, comprehensive, worldwide ethics and compliance program for our business.” 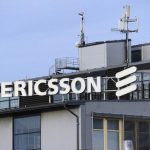