The former Director-General of the international Department of the Ministry of education, culture, sports, science and technology, arrested on suspicion of receiving a bribe, pleaded guilty. We are talking about the period when the official held the post of Director of the  Japan aerospace exploration Agency (JAXA).

A special investigation team of the Tokyo district Prosecutor’s office accused the 57-year-old official Kazuaki Kawabata of receiving a bribe on August 15, when the term of his detention came to an end, according to Mainichi. 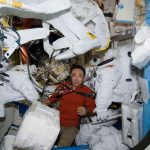 On 26 July, when Kawabata was arrested, he denied all charges against him, including taking bribes in the form of “mercenary” Lunches from koji Taniguchi, the former Executive Director of a consulting company.

According to investigators, Taniguchi met with Kawabata several times a week after work, they went to lunch, eventually Kawabata received 1.4 million yen, for which the company Taniguchi were allocated certain preferential terms.

As the investigation progressed, Kawabata began to testify that he had indeed received such “helpings”, well aware that these dinners could also be regarded as bribes.

Drinking together and visiting restaurants attended by Kawabata may not be considered a bribe under the Criminal code, but the ethical rules for Japanese public officials prohibit excessive travel to restaurants and drinking establishments.

Kawabata was treated to high-end bars and restaurants and paid for his taxi rides. Kazuaki Kawabata became the second high-ranking official of the Ministry of education, who was involved in a corruption scandal. Earlier, another official Taniguchi Sano was charged with corruption. The consequence considers, what exactly Kawabata introduced Taniguchi Sano to his givers.

Kawabata is also suspected of assisting Taniguchi in organizing a lecture by Japanese cosmonaut Satoshi Furukawa at Tokyo medical University in November 2016. 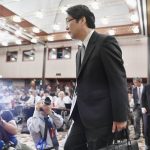