Paris judges, leading the case of creating fictitious jobs in the European Parliament, asked to remove parliamentary immunity from the Creator of the far-right party “national front” Jean-Marie Le Pen.

Co-founder of The national front (the new name of The national Assembly) Jean-Marie Le Pen, as well as his daughter marine Le Pen are suspected that a number of employees who were listed as assistants to deputies from their party, in fact, did not work in the European Parliament. And the money allocated to them on the salary received directly in the Treasury of the party, according to Le Figaro. 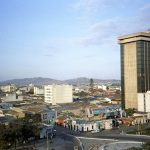 announced his immunity from MEP for the fact that he had not received the investigative authorities to combat corruption, which wanted to hear his

On 21 June, in this case, Jean-Marie Le Pena was to be questioned by the French Directorate – General for combating corruption and financial irregularities (OCLCIFF). However, Le Pen refused to participate in the interrogation, declared his parliamentary immunity.

Given his age (90 years) and health status, as well as further hospitalization, the police offered to listen to it in their offices in Montretout. “But there was an epidermal behavior problem that didn’t fit Jean-Marie Le Pen’s idea of his chosen status and his historical role in FN,” his Advisor said in July. Marine Le Pen will face a financial court in October on similar charges. In addition, marine Le Pen has to pay almost 300 thousand euros due to fictitious employment. She must also undergo a procedure to restore those posts of assistants, who are considered to be fictitious for the European Parliament. 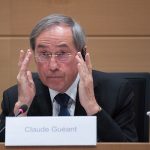 The European Court also confirmed that Jean-Marie Le Pen had to return 320 thousand euros to the European Parliament. This is not the first time a request has been made to revoke the immunity of Jean-Marie Le Pen. Before that, the French politician had been deprived of immunity three times: in 1989, 1990 and 1998. All previous investigations have been linked to his anti-Semitic remarks.