The Liverpool Supreme court received a £ 5 billion class action lawsuit against the Anglo-Australian mining company BHP Billiton from 240,000 people, 24 municipal governments, 11,000 businesses, the Catholic Archdiocese and about 200 members of the Krenak indigenous community.

November 5, 2015 there was a man-made disaster-the collapse of the dam Samarco Mineração SA, which was a joint venture of the Australian BHP Billiton Ltd and the Brazilian Vale SA. As a result, 19 people were killed, mud flows with mine waste penetrated into the local environment through the village of Bento Rodriguez, which was almost wiped out.  Destroyed infrastructure for fishing, contaminated forests, hundreds of thousands of residents along the river Dose were left without drinking water, according to the Guardian. 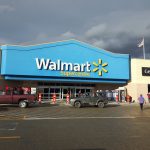 It turned out that the company knew about the possible risks even 6 months before the tragedy. Local residents filed lawsuits in Brazilian courts, but felt that they were more likely to receive fair and prompt compensation in the UK than in their home country, where the courts could last more than ten years to rule and compensation offers from the damages suffered.

British lawyers say that in some cases the amount of compensation may exceed 10-20 times the amount that will be paid for individual claims in Brazil. For example, people who lost water for two weeks, was offered 200 pounds in Brazil, while in the UK they can pay from 2 thousand to 4 thousand pounds. Fishermen were offered only 20 thousand pounds to cover the losses associated with the lack of catches for three years. According to forecasts, they will not be 20 years, based on the slow pace of recovery of the river. Local authorities will also try to increase the requirements-compensation is required for health care costs and unemployment, as well as tax revenues.

If the claim is accepted in the British court, the trial is likely to take on an international character. The first hearing will take place next summer, and the case can last from two to five years. Representatives of the affected communities will testify in Liverpool with expert witnesses, including Brazilian lawyer Erica Gorga.

Tom Goodhead of the Anglo-American law firm Sanders Phillips Grossman, said that many of the plaintiffs suffered catastrophic losses, but received almost no compensation for three years in violation of Brazilian law, which States that full damage must be paid and the environment must be fully restored after the accident.

“In Brazil’s courts, the process is slow,” he said.  – The main purpose of filing this case in the UK-to move at a higher speed and get a large amount. People were brought by politicians and courts. We tell them that there is no guarantee of winning, but we will fight for them properly.”

The company will receive no more than 30% of the compensation, except when it is due to the indigenous community. The company has already spent about 1.5 million pounds on the process, it is expected that future costs will reach 18 million pounds.

BHP Billiton previously stated that they had dismissed the charges, as security was and remains the company’s top priority, and that the dam complies with Brazilian law. The companies said they would protect their employees and managers.