Abuse of position or business: Trump gives discounts on purchases at his Golf club to White house employees
Skip to content

Us President Donald Trump provides a number of white house employees with special discounts at his Golf club. Ethics experts say product discounts represent an alarming blurring of the boundaries between his private business and the presidency.

Bedminster Golf club is a special place for Trump. Here, his daughter Ivanka married Jared Kushner in 2009. On the territory of the club Trump has its own Villa. He often walks among the guests and members of the club when he comes to Bedminster. The club often hosts events such as weddings and charity events. However, as it turned out the publication Politico, “special” Golf club Trump decided to extend to the staff of his administration. 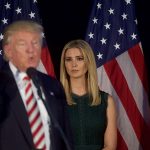 So, it turned out that White house employees who have confidential identification of the secret service can get special discounts at the store at theTrump Golf club in new Jersey, which are given only to members of this club. Usually the club membership is around 350 thousand dollars that can’t afford the rank and file officers of the United States.

Discounts range from 15 per cent to 70 per cent, according to two staff members and a receipt provided by the publication.

Experts on the ethics say that the boundaries between business Trump and his presidential post are extremely blurred. This agreement on discounts at the Golf club only highlights that Trump is the President, whose commercial projects are the most confusing in American history.

Virginia canter, a former lawyer in the Obama and Clinton administrations, said that the practice of providing any discounts to people marked by the secret service’s confidential identification is “absolutely wrong.” The office of government ethics does not prohibit discounts if they are available to all government employees, or if it is a standard discount. But if it is not, the discount is considered a gift. Federal officials are forbidden to accept gifts whose value exceeds 20 dollars, and are strongly advised to refuse any gifts in that case that “their acceptance will cause concern about the emergence of indecency”.

“In accordance with the standards of conduct for any public servant is prohibited to accept a gift because of their official position,” -said Kenter. “The fact that access to the Golf club is extremely limited: it is not open to all public servants, and is limited only to White house staff with access to the facility, and which is given access to the confidential identification of the secret service. That’s bad.”

Norm Eisen, who served as one of the chief ethics experts under former President Barack Obama, said Trump’s habit of giving up discounted goods that belong to one of his personal businesses is abuse of office.

“So Trump is trying to secure personal loyalty and distance people from what should be their primary and only loyalty – to the Constitution, public service, and the people of the United States,” Eisen said. “This is another small inducement, apparently contrary to Federal law, that he uses to link his staff to him personally.”

The newspaper USA Today reported that members of the Golf clubs of the head of state pay an entrance fee, which can exceed $100 thousand, and an additional thousand dollars as annual contributions. Income belonging to the Trump in US only clubs made in 2015-2016 of approximately $600 million.