Inaki Urdangarin (Inaki Urdangarin), son-in-law of the king of Spain Felipe VI, was in prison to serve his sentence: earlier the court sentenced him to a prison term of five years and 10 months.

The seat of the Urdangarin has become a prison “Brieva”, which mainly designed for female inmates. However, it has a male unit, which will serve his term in-law of the king. The husband of the Infanta Cristina personally chose this prison of the 80 options. The prison is located 100 kilometers West of Madrid, Bloomberg reports.

The prison is equipped with a separate building for five cells, a dining room, a yard and cells for meetings. 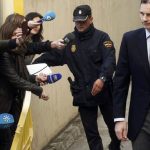 Earlier, the Supreme court of Spain issued a conviction against the son-in-law of the king of Spain Inaki Urdangarin. He was sentenced to 5 years and 10 months in prison because of his participation in the”nóos case”.

According to the court, a close relative of the king participated in tax fraud and misuse of several million euros of public funds. In addition, it was found that Inaki Urdangarin through his company appropriated fees for activities that were not carried out.

The trial was a landmark case in the investigation of corruption in Spain. Urdangarin’s wife, Infanta Cristina, who lives in Geneva with the couple’s four children, was the first member of the Spanish Royal family to appear before the court. She was fully justified, but had to pay a fine of €265 thousand the Court determined that she received financial benefits from the crimes committed by her husband.
Earlier, the former Prime Minister of Spain Mariano Rajoy was forced to resign because of the corruption scandal: the Parliament passed him a vote of no confidence. 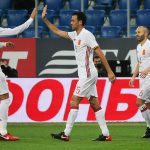