The Supreme court of Spain handed down a conviction against the son-in-law of the king of Spain Inaki Urdangarin. He was sentenced to 5 years and 10 months in prison because of his participation in the”nóos case”.

According to the court, a close relative of the king participated in tax fraud and misuse of several million euros of public funds. In addition, it was found that Inaki Urdangarin  through his company appropriated fees for events that were not held, according to the New York Times.

The court found That the nóos Institute was a non-profit Foundation that received regional government contracts, without public bidding, thanks to the influence of Urdangarin as a member of the Royal family. Urdangarin and his business partner Diego Torres used the non-profit Institute Nóos to divert about 6.2 million euros from public contracts won for the organization of sports events in Valencia and the Balearic regions to private accounts. 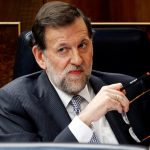 According to the investigation, Urdangarin’s wife, Princess Christina, could also participate in the transfer of part of these funds through Aizoon.

Inaki Urdangarin still has the opportunity to avoid imprisonment, if the constitutional court of Spain will take his side. However, in the history of Spain there was no precedent when a person sentenced to five years or more of imprisonment was pardoned.

Urdangarin’s business partner at the Nose Institute, Diego Torres, reduced his sentence from eight to five years and eight months in prison.

Prosecutors are expected to ask for a hearing to decide whether or not precautions are taken against Urdangarin until the Supreme court’s indictment is final. The prosecution will almost certainly require a preventive prison for Urdangarin. 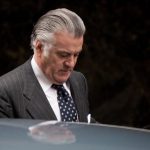 In March last year, five judges in the Supreme court examined complaints filed by Urdangarin and Torres after being sentenced to more than six and eight years in prison.

When the scandal erupted in December 2011, the Royal house tried to distance itself from the couple. Juan Carlos, who was king at the time, pushed them away from all official events. But it is believed that this case played a role in the monarch’s decision to abdicate in June 2014, when the popularity of the monarchy reached a record low.

In early 2017, the Spanish Princess’s husband was sentenced to six years and three months in prison for fraud and tax evasion. Urdangarin’s wife Princess Christina (Princess Cristina) was acquitted, but paid a fine.