Popular actor in Thailand was arrested in connection with the alleged fraud with cryptocurrency, it is about the amount of $ 24 million.

Jiratpisit Jaravijit, known for his television roles in the famous TV series such as “Bad Romance The Series”, “Nang Ai” and “Naew Sutthai”, is accused of fraud. Police believe that he managed to steal 787 million Thai baht (about $ 24 million) in bitcoins from a resident of Finland, promising him to open a business in digital currency, Nationmultimedia reports. 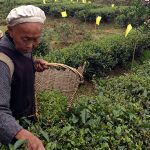 You may also like In Thailand 65 officials suspended from work

The victim was 22-year-old Aarne Otava, Saarimaa: he filed a complaint with the Thai government on 30 January, six months after he made a deal with Dirtvision and his accomplices. The court issued an arrest warrant on July 26, and Jiratpisit Jaravijit was arrested. However, Jiratpisit Jaravijit denies that he is detained on charges of money laundering.

According to police, the scammers forced Finn to transfer 5,564 bitcoins to his e-wallet as payment for the shares of three companies, including DNA 2002 Public Company Limited, but after that he did not see any shares.

The police reported that documents were found that indicate the participation of the actor’s parents in monetary transactions. Also under suspicion are five or six relatives and friends of the actor, who, according to investigators, are also related to fraudulent transfers.

So, the older sister of actor 32-year-old Suthida, Djeravica was questioned by the police, stating that she received remittances from his older brother’s Parigi, Jiratpisit , who is also a suspect in the case and remains at large. Suthichai said he did not know the origin of the money and has nothing to do with fraud. 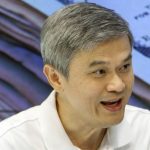 You may also like ‘New kind’ of corruption feared

Police have confiscated several plots of land belonging to the brothers and sisters, Jiratpisit worth more than 200 million baht (us $ 6 million. (C) which are believed to have been acquired using the proceeds of the fraudulent scheme.