In Croatia, Zdravko Mamic, the former head of the personnel Department of Dinamo Zagreb and Vice-President of the football Federation of Croatia, was sentenced to 6.5 years in prison.

The court in the Croatian city of Osijek sentenced Zdravko Mamic to 6.5 years in prison for hiding real income from the sale of players, reports sport24.

Two stars of international football – real Madrid midfielder Luca Modric and Dejan Lovren, a Croatian player, a defender of Liverpool club and Croatia national team witnessed the event. During the trial, it was found out that Mamic was laundering money during the transfers of Luke Modric to Tottenham and Dejan Lovren to Lyon.

Mamić and his brother Zoran Mamić, a former Director of the club Damir Vrbanovic and accountant Milan Pernar illegally received 15 million euros, which the country’s budget has missed a tax of 1.2 million euros.

On the eve of the verdict Mamic crossed the border with Bosnia and Herzegovina.

He was the head of the HR Department at the biggest club in Croatia – Dynamo Zagreb, as well as Vice-President of the football Federation of Croatia. For 13 years he has been concealing income from the tax on the sale of players.

Earlier it was reported that because of the false testimony in this case, the midfielder “real” Luka Modric faces up to 5 years in prison. Despite the decision of the court on Mamich, the player will be able to perform at the world Cup in 2018. 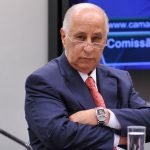