Tokyo prosecutors arrested a high-ranking representative of the Ministry of Education of Japan on charges of bribery. According to the investigation, he took advantage of his official position to arrange his son at the Medical University of Tokyo.

The investigation believes that the 58-year-old Futoshi Sano, the general director and former deputy vice minister, has included the Tokyo Medical University in the ministry’s project for taking the official’s son to this university,  Japantoday reports. 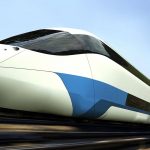 The Ministry of Education of Japan oversees the “Private university research branding project”, providing financial support to private universities in their research, for example, helping to create new facilities and acquire the necessary equipment. Tokyo Medical University conducted research to identify early-stage cancer and lifestyle-related diseases. It was the plan of this university that was selected from 65 candidates for the ministry’s project, among other 26 other universities, and received 35 million yen. In exchange for assistance to the university, the official’s child entered the university after receiving additional points in the entrance exam.

According to Japanese prosecutors, despite the fact that there was no fact of transfer of money, this also constitutes bribery.

“I deeply regret that one of our employees was arrested and we will fully cooperate with the investigation,” said Education Minister Yoshimas Hayashi, adding that he will take appropriate steps to ensure that Sano is brought to justice. 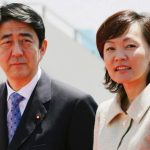 Tokyo Medical University issued a statement that prosecutors interrogated the university staff and that it was fully cooperating with the investigation.

In 1985, Sano held prominent posts in the ministry after joining the former Agency for Science and Technology. He served as deputy vice minister when the university requested funding, has broad powers on issues such as budgets and personnel matters.

According to one of the sources of the ministry, Sano was considered an “elite of the elite”. Another source said: “He was constantly moving up the career ladder.”

“He has a reputation for a clean, reserved and collected person. It’s hard to imagine that he was involved in something like this, “said a ministry official. But another ministry official said: “He always wanted to leave his mark. His ambitious personality was quite obvious. “