The verdict was made by a jury in the Federal court of Manhattan, after the first trial, which appeared as a result of a large-scale investigation by Federal prosecutors of the corruption scandal in the National Association of student sports (NCAA). It is reported by Reuters. 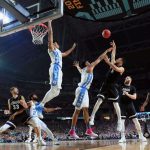 Merle Coed, a former Adidas consultant, and Christian Dawkins, who worked for the sports management company, along with gattos, were also found guilty of complicity in a fraudulent scheme. Gattos was convicted on all three counts against him, while Cowd and Dawkins were convicted on two counts. They face up to 20 years in prison on each charge. The final verdict will be handed down on 5 March.

“We have fully cooperated with the authorities during the investigation and respect the jury’s verdict,” Adidas said, ” we have strengthened our internal processes and controls, and continue to adhere to ethical and fair business practices.”

“We are naturally disappointed in the verdict, but respect the jury’s decision,” said Steve Haney, Dawkins ‘ lawyer.

As a result of this scheme, prosecutors said universities were unwittingly expanding sports scholarships for students, which is against NCAA rules. 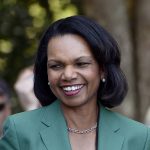 In a statement posted on the University of Kansas website, Douglas Giraud and athletics Director Jeffrey long reported that the University continues to work with prosecutors on issues related to the case, and does not comment directly on the sentence. Other universities did not comment.

The defendants ‘lawyers argued during the trial that violating NCAA rules was not a crime, and their clients’ actions were aimed at helping universities attract star players rather than deceiving them.