Judges studying the financing of the election campaign of Nicolas Sarkozy in 2007, which may be involved in the Libyan ex-leader Muammar Gaddafi, accused the former Secretary General of the administration of ex-President Nicolas Sarkozy of receiving a bribe.

Claude Geana, who was interior Minister in the Sarkozy government, was also charged with misuse of public funds and conspiracy in the illegal financing of campaigns. 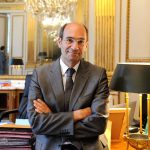 He has already faced charges of tax fraud on 500 thousand euros received from the Malaysian company in 2008, and in 2009 – he was accused of selling a luxury Villa in the South of France.

Suspicions were reinforced when police documents submitted by website Mediapart, revealed that Gean brought only 800 euros in cash in their known Bank accounts in the period from 2003 to 2012 and paid for a Paris apartment at 720 thousand euros in cash.

The request was opened in 2013 after a number of representatives of the Gaddafi regime said that Sarkozy’s campaign received money from the dictator and his son Seif al-Islam. The accusation was gaining power in 2016 after the Franco-Lebanese businessman Ziad Takieddine said that he put three suitcase full of 5 million euros, Sarkozy and Guano, and then his chief of staff in 2006 and 2007.

Sarkozy, who was accused in a case last March, said he was the victim of a revenge campaign by former Gaddafi regime officials and vowed to clear his name.

Earlier, Sarkozy himself also denied suspicions that he was given millions of euros from the former Libyan dictator Muammar Gaddafi. He also denies the fact that some of the money was delivered in suitcases. These charges are based on the testimony of a Franco-Lebanese businessman who allegedly handed over three suitcases of money to Sarkozy and his assistant Claude Guéan in 2006 and 2007, totalling € 5 million. 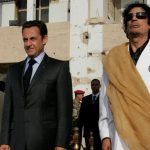