The Austrian Prosecutor’s office launched an investigation into the case of abuse of office: the Agency is trying to find out how the staff of the Federal office for the protection of the Constitution and the fight against terrorism of Austria (counterintelligence) with the assistance of the Federal office for refugees (migration service) issued in an accelerated manner political asylum for the Syrian General in 2015.

A former military intelligence officer identified as Khalid H. came to Austria and was granted asylum in 2015, but claims of his involvement in torture have called into question the process of verifying political asylum in Austria, Kronen Zeitung reports. 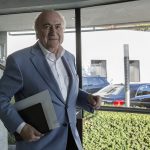 You may also like Corruption prosecutors investigate FIFA dealings with Austria

Initially, a former Syrian General applied for asylum in France in 2015 before coming to Austria. Without waiting for the decision of the French authorities, he appealed to Austria. It took only six months, and the application for asylum Khalid H. was approved by the Austrian authorities. In France, his application was rejected in 2017 and led to an investigation into his links to war crimes and genocide. Austrian authorities were made aware of the investigation after Europol launched an investigation earlier this year.

According to the investigators, the Austrians did not try to contact their French counterparts and are accused of not investigating any potential allegations of torture during the asylum procedure.

During the investigation, searches were conducted at the headquarters of the Department, the apartments of employees, and the seizure of classified documents. Among the suspects is the head of counterintelligence Peter Gridling, which the interior Minister Herbert CICL subsequently suspended from work. The Austrian national Council (lower house of Parliament) even convened a special emergency meeting to discuss the state of state security. The Minister of the interior Herbert Cicli then hastened to assure that the work of intelligence services continues in the normal way and a series of revelations does not affect cooperation with foreign intelligence agencies.