The fraudster, who deceived more than 600 thousand Americans for a total of 200 million dollars, was sentenced to 10 years in prison and a fine of 49 million dollars.

Richard Moseley deceived clients by using a group of companies operating in the payment of salaries, called Hydra Lenders, according to OCCRP.

From 2004 to 2014, Hydra lenders provided online payday loans to consumers across the country, even in those States where salary payments were outlawed. Some of the group’s illegal tactics included: promising illegally high interest rates of more than 700 per cent, using deceptive and misleading credit documentation, taking additional, undisclosed fees from customers ‘Bank accounts, withdrawing only interest from borrowers’ accounts and not applying any funds to the main person, deepening their debt burden, creating loans on payday to customers who did not agree with them, but simply inquired about the right to obtain a loan.

As borrowers began to complain to state governments and consumer protection organizations, Mosley stated that his businesses were located abroad in Nevis and New Zealand and were not subject to U.S. law. In fact, an FBI investigation revealed that the enterprise was fully managed from offices in Kansas city, Missouri, with all its employees, Bank accounts, and other aspects of the businesses located there. Mosley just used a fake letterhead and stamps.

This fraud was nationwide, affecting thousands of people, the FBI conducted countless interviews with victims and reviewed a variety of financial reports about the case. 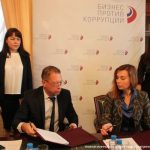 All the victims individually were deceived for a relatively small amount, a total of more than 600 thousand victims were seized about $ 200 million in income for 10 years of the company.

73-year-old Mosley used this dishonestly earned money to live a large life. He owned both real estate in the US and abroad, drove high-end cars and was a member of an exclusive country club.

Mosley’s life has since become less luxurious. In November 2017, he was found guilty of violating the RICO law on investment of racketeering capital, fraud in connection with corruption, as well as violation of the rights to violation of the law. Last month, he was sentenced to 10 years in prison and was ordered to confiscate $ 49 million.