Representatives of the Hungarian elite, including Prime Minister Viktor Orban, may have a direct relationship to a luxury yacht and a private plane registered abroad, follows from a journalistic investigation published by the Hungarian independent Internet newspaper Atlatszo, an OCCRP partner organization in Hungary.

The online newspaper followed the movements of the yacht and the plane for several months. July merce.hu posted a photo of Lorenz Mesaros, a friend of Orban and one of Hungary’s most powerful oligarchs, who, as of January 2018, owns 203 companies, aboard a luxury yacht called Lady Mrd. Atlatszo has been tracking the expensive private jet Bombardier Global 6000 for some time, but after the photo was published, journalists started looking for connections between the private jet and the yacht.

Lady Mrd was built in 2015 by the Italian shipbuilding company Benetti. Benetti Crystal 140, as the model is called, has a length of 42 meters, a width of nine meters and can accommodate seven and ten people. Last year, the luxury yacht was sold for $ 24.6 million. Originally named Lady M, the yacht was registered in the Cayman Islands. After it was sold, it was renamed Lady Mrd and registered in Malta in January 2018.

Photo source: marinetraffic.com
According to the Maltese ship register, Lady Mrd is owned by the Maltese company L & L Charter Ltd., which in turn belongs to PKF Fiduciaries International Ltd., another Maltese company. It is reported that PKF Fiduciary is a Trustee for other companies that manage more than two hundred offshore companies.

Tracking Lady Mrd with drones, Atlatszo reporters recorded the yacht’s many movements that crossed the Mediterranean sea with stops in Italy and Croatia. In the last few months, the ship’s locations have crossed paths with those of a private jet already familiar to journalists.

The aircraft is a new Bombardier Global 6000 worth 62.38 million dollars, registered in Austria under the code OE-LEM. Its owner is unknown, but is managed by an Austrian business company. 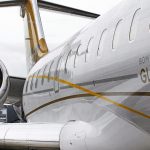 You may also like Dude, where’s our plane? Canada wonders after lending millions for corruption-hit tycoon’s private jet

The jet is almost always parked at Budapest airport, almost never flying to Vienna, its intended base.

Over the past few months, OE-LEM has taken off several times from Budapest airport and landed in the cities where Lady Mrd was standing at the time. Some of these cities include Bari, Split, Podgorica, Rijeka and Venice.

With the help of drones, journalists photographed numerous representatives of the Hungarian elite who sunbathed on the deck of the yacht in the summer, including Robert Homol, President of the Hungarian state railway company (MAV), businessman Laszlo SIJ And government Commissioner Erno Kovacs. Some of the guests tried to hide their faces when they heard the drone rumble.

According to the website 24.hu, the European anti-fraud office (OLAF) has been conducting a criminal case against Homol since 2010, when he was Deputy head of the Agency responsible for the distribution of EU funds.