The Brazilian state oil company Petrobras will pay almost $ 3 billion to US investors affected by the corruption scandal inside the firm.

Earlier, the largest company in Brazil was sued, which was approved by the federal court in New York on June 22, Xinhua reports.

Petrobras said that the issue was finally resolved. The agreement between Petrobras and investors was signed in January, but has not yet been approved by the US judicial system. 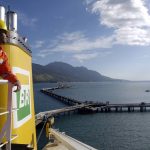 According to this transaction, Petrobras will pay $ 2.95 billion to US shareholders. This amount is 6.5 times the amount that Petrobras lost as a result of the country’s largest fraud. These funds were then tracked, seized and returned by the Brazilian police. Petrobras said that the agreement is not an admission of guilt or violations, because the authorities said that the company was a victim of the corruption chain.

The chain, consisting of Petrobras executives, politicians and contractors, squandered billions of dollars of public contracts between 2003 and 2014. The company Petrobras was at the center of the corruption scandal in 2014. Then, within the framework of the “Operation Car Wash”, a check began on the theft in Petrobras. Law enforcers believe that the aggregate amount of stolen state funds is measured in billions of dollars.

In May 2018, the Federal Court of Brazil sentenced the former top manager Petrobras and another 12 people to different terms of imprisonment. The defendants were found guilty of fraud: an oil consortium with the participation of OAS paid $ 10.8 million in 2007-2012 to win a competition for the construction of a scientific center Petrobras.

One of the most resonant decisions of the court in the Petrobras case is from July 12, 2017. According to the verdict, the ex-president of Brazil Lula da Silva was found guilty of money laundering and taking bribes from Brazil’s largest construction company OAS during its presidential term from 2003 to 2011. In exchange for a kickback totaling $ 1.1 million and disguised as a repair for one of Lula’s apartments, the former president helped OAS obtain contracts with the state oil company of Brazil Petrobras. 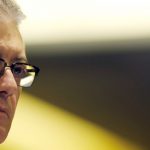