The court in Seoul  acquitted the closest assistant to ex-President Lee Myung-Bak in the case of receiving bribes from the National intelligence service (LDC). 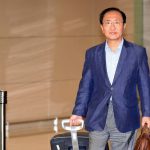 The court acquitted Kim Paik-joon, a former high-ranking Secretary of the President for administrative Affairs, in 2009-2011, Koreaherald reports.

In February, he was charged that he received 400 million won (375 thousand dollars) as a bribe from The national intelligence service in the period from 2008 to 2012.

President Lee Myung-Bak was in power from 2008 to 2013 and is now charged with 16 cases of violation of the law. Now Lee Myung-Bak, once a successful businessman, is in pre-trial detention. During the interrogation, the ex-President denied the charges against him, calling them “revenge of his opponents led by the current President moon Jae-In.” 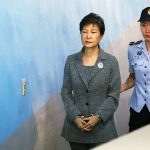 It should be noted that under the next President of Korea, Park Geun-Hye, representatives of the LDC leadership also continued to bribe the country’s leadership. In mid-June, a guilty verdict was issued against a number of heads of the Department: they transferred $ 3.24 million from may 2013 to April 2014 to the accounts of the then President of the country. It turned out that these funds were withdrawn from the secret accounts of the service. The accused received between three and three and a half years ‘ imprisonment.