The Agency for fight against corruption of Nigeria introduced the charges against the member of the legislative Assembly of Alberta basi: Nigerian lawmakers are accused of receiving a bribe by a car. Allegedly, a local businessman “gave” him 12 cars in exchange for contracts with the government of Aqua-Ibom.

Basi albert is the only Senator from Aqua Ibom who is still in the Democratic people’s party (PDP). The Agency for fight against corruption of Nigeria provided the charges against him to the High court for 12 cars in the amount of 254 million Nigerian dollars in bribes, reports Allafrica. 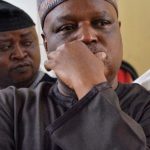 According to investigators, 45-year-old albert received vehicles between 2010 and 2014 from businessman Olajide Omokore, when albert served as Commissioner of Finance of the state of Aqua Ibom. There are also 14 other accused in this case.

Commission against graft said that the car was awarded Albertooooooo in exchange for contracts with the state government of Akwa Ibom state. 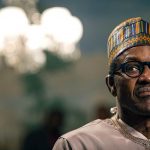 Note that the state Governor Akwa Ibom state, Udom Emmanuel, addressing a large crowd of members and supporters of the Democratic party (PDP), said that albert was the only standing Senator.