Independent management of complaints of police misconduct (Independent Office for Police Conduct, IOPC) will hold a probe into the allegations of illegal activity of staff of Department of the Metropolitan police service (Scotland Yard) anti-corruption. Police accused of interfering employees of the Department in the course of investigation, the racism, the connivance and the like.

The IOPC is investigating 14 officers. A criminal case has been initiated against one of the officers of the Metropolitan police, three more officers have been notified of the beginning of the disciplinary investigation. 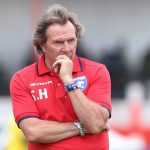 The investigation, called “operation Embley”, is the largest anti-corruption case in the police since the late 1970s, when eight police officers were brought to justice for claiming that they had received bribes from criminals in exchange for evidence and warnings of police raids.

According to the Sunday Times, an IOPC employee stated That the scale of “operation Embley” was “unprecedented.” This case will be the defining moment for the IOPC Department, which was modified, previously the office was called the Independent police complaints Commission (IPCC).
Officials hope that the updated version of the IOPC will start its own investigations without police referral and investigate all disciplinary requirements against officials, will renew public confidence in police operations. 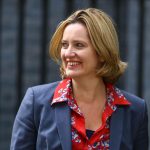 You may also like New U.K. Agency to Crack Down on Money Laundering

“Public confidence in policing is best ensured by reliable and independent oversight,” said Michael Lockwood, the new head of the IOPC. “People need to know that when something goes wrong, serious charges will be brought against police officers, and thorough investigations will be conducted by a truly independent body.”