The Supreme court of the United Kingdom ruled that the son of the fugitive ex-mayor of Almaty Viktor Khrapunov Ilyas Khrapunov should pay BTA Bank about 500 million dollars for aiding Ablyazov.

According to the publication newsweek. between Ilyas Khrapunov and the former Chairman of BTA Bank there was a criminal conspiracy, thanks to which more than 6 billion dollars were stolen. Court documents show that some funds may have been laundered through President Donald trump’s real estate Empire. 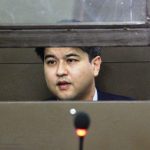 Kazakhstan Bank BTA has struggled with former Chairman Mukhtar Ablyazov, to return the billions he allegedly stole from his former employer. However, the Supreme court of great Britain ordered Khrapunov to pay BTA about $ 500 million for the fact that he helped Ablyazov violate the freezing order, which allowed him to cheat some funds. Khrapunov enlisted the support of an English accountant to disrupt the freezing order, the court said.

“Mr. Aggarwal was an English accountant, but he was well versed in the use of offshore companies and other organizations with which it would be possible to hide the true ownership of specific assets,” the decision says. “Aggarval provided services to Khrapunov, and Khrapunov told Aggarval that he was acting on behalf of several clients, but did not reveal the truth, namely that his real client was actually Ablyazov.”

The Bank’s shareholders, who have been fighting legal battles in different jurisdictions for nine years, said that this is a step in the right direction.

Currently, the case in absentia Almaty Viktor Khrapunov and Leila. Also in the dock for a relative of An Ilyasova and 9 people. Khrapunov’s spouses are accused of embezzlement of state property, fraud, abuse of power, taking bribes and legalization of stolen property committed by organized criminal groups. The damage caused to the state exceeds $ 250 million. Victor Khrapunov, Leyla khrapunova and Ayar Ilyasov were sentenced in absentia to a measure of restraint in the form of arrest (detention). In respect of other defendants in the case, a preventive measure in the form of recognizance not to leave and proper behavior was chosen. 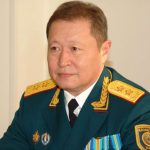