Brazil's rainforests are threatened by corruption
Skip to content

Brazilian officials report on the reduction of greenhouse gas emissions, but environmentalists say that these are just words. Deforestation is actually growing because logging companies have been able to illegally extract millions of dollars worth of timber from the country’s rainforest over the past few years.

A study published in Scientific Advances late last week casts doubt on the staggering performance of Brazil’s Ministry of environment. Officials said two weeks ago that the country had reached the target of reducing greenhouse gas emissions by 2020 two years earlier, as deforestation in Brazil had been massively reduced. However, it is only in words, according to the OCCRP.

The Kyoto Protocol to reduce greenhouse gas emissions to contain global warming was signed in Kyoto, Japan, in 1997. As of 25 November 2009, 192 countries had ratified the Protocol (together accounting for 63.7 per cent of global emissions). 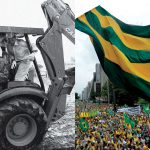 in 2015, Brazil has pledged to reduce greenhouse gas emissions by 37% by 2025, when it signed the Paris climate agreement.

In Brazil, according to this document, officials were required to conduct a detailed inventory of all trees in a particular concession area. These inventories were used to determine the number of trees of each type that companies were allowed to register.

Having studied 427 of permits for logging in the Pair, the largest in Brazil’s forestry staff, researchers Scientific Advances discovered “a strong overestimation…volumes of valuable wood species in logging permits.” Or, in other words, officials issued permits for logging, which claimed that the concession contained far more trees of certain expensive species than it actually did. This has enabled companies to extract far more wood than is sustainable.

Sustainable wood refers to wood, which must be cut with greater responsibility. If one tree is cut down, the other is planted to replace it. However, “sustainable forestry” means not just replacing trees, but also minimizing environmental damage to the environment or its native flora and fauna.

Despite the fact that this type of fraud is very “thin” in nature, its consequences can lead to disastrous results. So, for a number of rare species of wood, such as IPE, whose dense red wood is currently sold in Europe and America for flooring, this practice can lead to extinction. 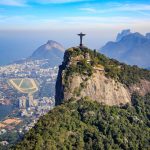 You may also like Brazil: New mandatory compliance programs between companies and Rio de Janeiro State