The court found that there was a corruption “deal” in the amount of 1.3 billion dollars, which included representatives of Royal Dutch Shell Plc. and the Italian leaders of Eni SpA. As stated, the oil giants have developed a deal with corrupt Nigerian officials, including then-President Goodluck Jonathan in order to buy the field off the coast of Nigeria, known as OPL 245, reports Court House News. 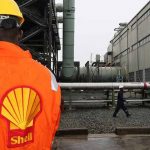 You may also like In Italy, Shell and Eni oil companies are responsible in court for corruption in Nigeria

Emeca Obi and Gianluca di Nardo were convicted in Milan court in accordance with the reduced legal procedure of the closed type. Next Wednesday, the prosecution is expected to begin presenting its evidence against the oil companies and 13 other defendants.

Shell representatives stated that the two convicts were not working for Shell and that the company “is not a party to this expedited trial.” Shell claims that the company does not believe that there is a “basis for the conviction of Shell or any of its former employees” on the basis of what prosecutors claimed.

“We are waiting and will read the written decision of the judge on the accelerated trial, which was made. There is no place for bribery or corruption in our company,” the company said.

Eni, which is largely owned by the Italian government, also stated that it supports its actions and rejects the charges against it. The Eni said that they are also waiting for a written decision.

The company said that the court, which presents all the facts, unlike what happened in the accelerated process, will release Eni from offenses.

In December 2017, Milan judges ordered companies and defendants to stand trial. Milan prosecutors say that the corruption deal was discussed and implemented in the period from 2009 to 2014 in a complex network of interests. 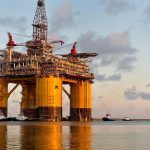 Among those accused of international corruption are Paolo Scaroni, CEO and Executive Director of Eni at the time of the corruption, and Claudio Descalzi, who is now CEO of Eni. In addition, are charged with Malcolm Brind, a former chief Director of exploration, Shell, and Peter Robinson, former Vice President for Africa South of the Sahara in a Shell.

In July, the Milan court ruled that Nigeria could seek compensation for damage to oil companies as an aggrieved party.