In Italy, corrupt officials may face a life-long "ban" to participate in public procurement
Skip to content

In Italy, the possibility of adopting new anti-corruption legislation is being discussed: on September 7, the Council of Ministers will vote on a package of measures to combat corruption, including the use of “undercover agents”, exemption from liability for the crime of corrupt officials who will inform investigators about the facts of corruption that are still unknown to them, will be released from punishment for their own crime

These are the new elements contained in the bill of the Minister of justice Alfonso Bonafede, reports Zon. The text consists of six articles, which include, in particular, the exclusion from public auction and public administration of all those who have been convicted of corruption and received a prison sentence of more than two years. A lifetime ban on participation in public procurement threatens if the offender is convicted of: embezzlement, abuse of office, corruption itself, unjustified motivation to give or promise benefits; bribery; incitement to corruption; trafficking in illicit influences. 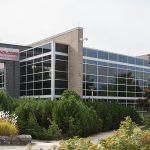 Another novelty is the “secret agent” to check criminal activity in the business environment and among regional officials, which is expected to increase the efficiency of investigations.

Also, the package of anti-corruption measures refers to the confiscation of property of corrupt officials and exemption from liability for the crime of corrupt officials, if they inform investigators about the still unknown facts of corruption. In the latter case, they will be released from punishment for their own crime.

“The bill-assured Minister of justice Bonafede – will make Italy a leading country in the fight against corruption at the international level.” According to him, everyone should know that you can trust our country, in which you can invest without fear of being deceived by those who use the fast path of corruption. “Friends of friends”, giving bribes are actions that will belong to the past of our country, and in the present – justice, which forever sweeps away “metastases”. 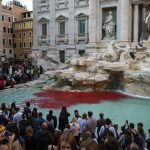