Protests against corruption in Haiti led to victims
Skip to content

At least two people were killed and dozens injured, as a result of a peaceful protest against corruption in the Haitian capital. The protesters demanded to punish officials who were involved in the misuse of public funds for oil supplies from Venezuela, escalated into clashes with law enforcement forces.

Two people were killed in clashes between protesters and police in Haiti. A police spokesman said that 11 civilians were injured and 11 police officers were injured. Participants of the events reported large numbers of victims, the Associated Press reports. 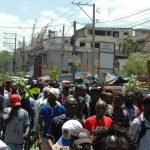 You may also like Haiti: tear gas was used against the participants of the anti-corruption March

Haitians continue to be outraged by the report prepared by the Senate in Haiti in August, calling for charges against two former Prime Ministers and several government officials for alleged embezzlement of $ 3.8 billion, abuse of power and forgery in connection with the Venezuelan oil supply programme.

We are talking about the misuse of the Petrocaribe program. Under this project, Venezuela was to supply discounted oil to the Caribbean and Central America. Later it became clear that some officials received illegal income from Petrocaribe, and they came out “dry”. The action was organized a week after the calls to bring to justice those involved in the “Petrocaribe case” went to social networks»,

Haiti joined the programme in 2006, which enabled it to pay lower prices for Venezuelan oil, some of which were financed in advance, and funds were allocated to social and economic projects.

The protests started after a photo of Haitian film Director and writer Gilbert Mirambo Jr. was posted on Twitter. In the photo he blindfolded, he holds the inscription ” Where is the money PetroCaribe?”in Creole.

The campaign, called #petrocaribechallenge, spread on social media like wildfire throughout Haiti, one of the poorest countries in the world.

“We’re fed up with what’s going on,” said 35 – year-old Mirambo. “It’s like we have a knife to the throat, we look at the government and do nothing.” 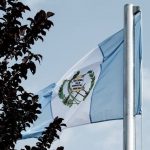 Some demonstrators called for the resignation of President Jovenes Moise, who took office in February 2017 and whom many accuse of termination of investigation PetroCaribe.

Moise reiterated his commitment to investigate the alleged embezzlement on Twitter, saying, “No one will escape justice. It is a moral duty and righteousness.”

October 17 – protest day – is a national holiday in Haiti dedicated to the murder of Jean Dessalines, one of the founding fathers of the country and the first ruler after the uprising in 1804, during which the colonial rule of France was overthrown.