Former Deputy Prime Minister of Malaysia Ahmad Zahid Hamidi in court was charged with 45 points of charges in the case of embezzlement of 26 million dollars. Key charges are that he allegedly misappropriated money from a charity he ran, got a kickback in exchange for awarding government contracts, and laundered money by buying property.

“I am ready to respond to all these accusations against me,” Ahmad Zahid told reporters. “This is a test from Allah.”

Overall, the charges include 10 cases of criminal breach of trust and abuse of power, as well as eight cases of corruption involving RM42 million. These charges are related to funds from Yayasan Akal Budi, the social security Fund in which he is Chairman, and MyEG, which provides e-government services to various agencies, Channel News Asia reports. 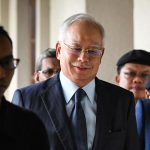 Ahmad Zahid, also a former Minister of the interior, is accused of using his position to obtain bribes in exchange for helping companies to acquire contracts for the Ministry’s projects. In one case, he allegedly took 6 million ringgit from Whose Ben Ben Ben, Director of Data Sonic Group, which received a five-year government contract to supply 12.5 million chips for electronic passports in Malaysia.

In Datasonic said they won the contract for the supply of passport chips through an open tender in April 2012. At the time of filing to Bursa Malaysia Datasonic said it received a contract based on valuable offers advanced security, chips and a 15 percent decline in prices compared to the previous supplier. This, he said, saved the Malaysian government for 25 years.

“We want to clarify that neither the company nor any of its Directors made payments to Ahmad Zahid Hamidi in connection with the supply of 12.5 million chips for Malaysian passports,” he added. 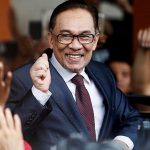 You may also like In Malaysia, the successor to the Prime Minister may be a former defendant in the case of corruption

Ahmad Zahid was also charged at 27 points of reception and transfer of illegal money in accordance with the money laundering laws. According to the Agency “bernama”, these costs amounted to a total of 72 million ringgit.

Local media also said that it is believed that he used about 800 thousand ringgit from the Fund to pay the bills of his credit card and his wife. Ahmad Zahid denied these suspicions, saying that the payments were made by mistake assistant, and that he has since paid this amount.

Each charge involves imprisonment for up to 20 years with fines five times the cost of illegal transactions, money laundering and abuse of power. 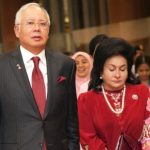 The accused man himself pleaded not guilty to all charges and was brought to trial. The court of Kuala Lumpur decided to release on bail of 2 million ringgit Ahmad Zahid. The court ordered Ahmad Zahid to pay 1 million for the guarantee on Friday, and the remaining amount to pay on October 26.  Ahmad Zahid was also ordered to hand over his passport.

It should be noted that former Prime Minister Najib Razak was also in the courtroom during the hearing. He told reporters that he was there to provide “moral support” to Ahmad Zahid.

The party UMNO insists that the case against its leader is politically motivated, and its brother Mohamad Lokman Hamidi said Friday was a “black day” for Malaysia.