The National Court of Spain accused the former president of FC Barcelona of Sandro Rossel and his wife of laundering money belonging to a criminal organization and misappropriation of funds from the Brazilian Confederation of Football (CBF). Sandro Rosel has been in custody since May 2017.

According to Judge Carmen Lamela, Sandro Rossel, his wife Marta Pineda and their lawyer from Joan Besioli, as well as three others have conspired to steal CBF funds intended for broadcast rights involving the Brazilian national team, The quint reports.

According to the court, the Rossel group used money that was illegally abducted by the former president of the Brazilian football confederation Ricardo Teixeira. It’s about selling the rights to broadcast 24 matches of the Brazil national football team and the sponsorship contract signed by CBF with the sports brand Nike. 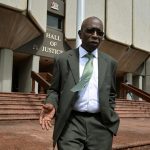 You may also like Two Found Guilty Of Soccer Corruption; Will Jack Warner Now Face US Justice In 2018?

According to the judge, there is evidence that Teixeira illegally signed contracts with a whole chain of companies, including those based in the Cayman Islands, owned by an entrepreneur from Saudi Arabia Saleh Kamel.

Evidence indicates that Rossel is the beneficiary of illegal payments, and that he and his wife received a total of € 6.58 million from November 2010 to January 2011 in five separate bank transfers.

According to the judge, Rosell’s explanations could not refute the facts uncovered by the investigation. Court documents were sent to the Spanish prosecutor for further action. 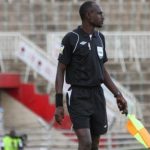