The President-elect of Brazil Air Bolsonaro, nicknamed the “trump of the tropics”, promises to “drain the swamp of corruption” and start a merciless fight against crime.

Brazil has elected a new President, who apparently decided to break the pathological chain of corruption in which three of his predecessors were involved. One of the most popular presidential candidates was ex-President Luis inácio Lulu da Silva, who was convicted shortly before the election campaign. He served as head of state from 2003 to 2010.  The successor of da Silva Dilma Rousseff at the end of August last year she was removed from her post for violations of budget legislation. The third ex-President of Brazil, who may be involved in corruption, is Michel Temer. According to investigators, Temer during a dinner in 2014 asked the representatives of the construction company Odebrecht 2.5 million dollars. The money was intended to Finance his election campaign as well as the campaign of the party of the Brazilian democratic movement (PBDD), of which Temer is a representative. 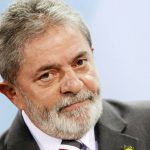 Jair Bolsonaro will be the first President of Brazil with a military education after the end of the military dictatorship, which lasted from 1964 to 1985. Reuters reports that he has spoken positively about the dictatorship in the past and has already asked retired military leaders to take positions in the government.

However, voters are attracted to provocative statements Bolsonaro, and the slogans of the anti-bribery and corruption, which has become a national disaster.

Bolsonaro called for a sharp reduction in the bureaucracy, for carrying weapons to combat crime, the privatization of most state enterprises. 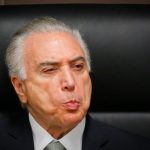 “They justify their mistakes, they put labels, they are fixed on the word “dictatorship”, and meanwhile more than 14 million people – without work, every year – 60 thousand murders and 50 thousand rapes. That’s what people care about!”- reads one of the tweets Bolsonaro, written shortly before the election. In addition, he promised, in particular, to sell the state oil company Petrobras, in frauds with money which accused Lulu and Rousseff.

In his first television interview since his election, Bolsonaru announced his intention to offer Sergio Moro, the most famous anti-corruption judge, the post of Minister of justice or a seat in the Supreme court. 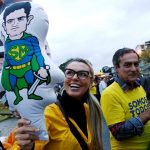 It was Sergio Moro who became the driving force behind the anti-corruption investigation known as Operation car Wash. According to the President-elect, Moreau will be a man “extremely important in a government like ours.”

A Federal judge led a major investigation into allegations that executives at state-owned oil company Petrobras were taking bribes in exchange for Contracting construction firms. Thanks to Operation car Wash, a huge network of corruption involving top-level politicians from a wide range of parties was uncovered.

However, the judge has also been criticized by many, especially members of the left workers ‘ party. In particular, after the imprisonment of former President Luiz Inacio Lula da Silva on charges of corruption. They say the former President was the victim of a political witch hunt.

Freedom of the press

Bolsonaro also said in an interview with Globo TV that he will reduce state advertising funds, which will come in the “lying” media. “I am fully a supporter of press freedom,” said Balsara, in an interview to “Globo TV”. “But if it’s up to me, click that shameless lie won’t have any state support.” 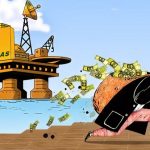 You may also like Brazil: Operation Car Wash Widens to Include US & Greek Firms