In the capital of Mauritania, Nouakchott launched the 31st African Union summit, which brought together thirty African leaders. During the event, politicians discussed ways to combat extremism and corruption.

The head of state of Mauritania, Mohamed Ould Abdel Aziz, said that Africa must eradicate corruption in order to stimulate the development and welfare of the people of the continent, Japantimes reports.

“Countries that have made progress in fighting corruption have also achieved social, economic and technological progress,” he said, not pointing to specific countries. 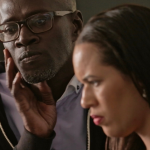 President of South Africa Cyril Ramafosa said that the government and ordinary citizens should stand together in the fight against corruption. He said that money lost due to corruption on the continent could be used to finance improvements in people’s lives.

Vice President of the Seychelles Vincent Meryton also shared his position on this critical issue. “The creation of the Anti-Corruption Commission strengthened the faith of our people in the institutions of power. But this is only the beginning. It is necessary to do even more to bring us to a new level, where corruption would no longer be viewed as an obstacle to sustainable development and social harmony. ” 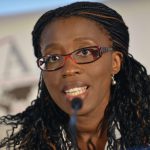 You may also like ‘Africa Loses $148bn To Corruption Annually’

The main theme of the summit is “Victory in the fight against corruption: a sustainable way to transform Africa”: in the course of it, the leaders of the countries will discuss the issue of creating a mechanism for the return of stolen money, which is mainly located in tax havens abroad. According to the representatives of the African Union, about 70% of the income from Africa’s resources is wasted or leaving the continent. 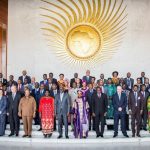 You may also like African envoys highlight anti-corruption in Africa